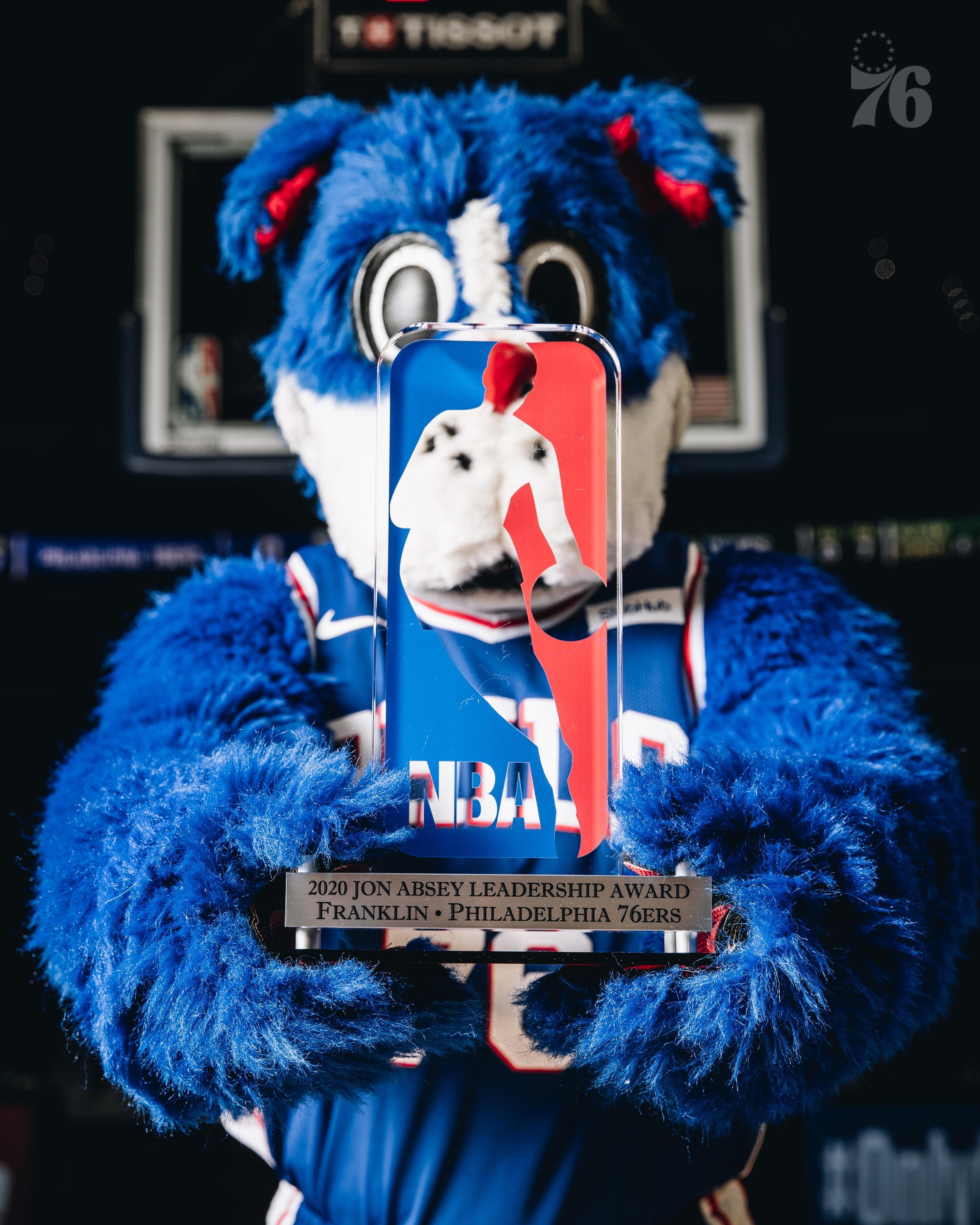 Today it's been released that Franklin, the Official Mascot for the Philadelphia 76ers, also known as "Fan's Best Friends," has taken home this year's NBA Jon Absey Leadership Award. Jon Absey created this award, originally who's was the original Utah Jazz Bear mascot. Per the NBA, the award is presented during the NBA Mascot Conference. It is given to a mascot who demonstrates leadership not only on the court but also in respect to performance, fan and community engagement, and mentorship.

With the NBA Teams returning to the arenas, Franklin has a fantastic spot that still allows him to perform safely and intact with fans via Social Media and those who might attend the games in person. We've watched it many times all the fun he's had and congratulate him on this award! He's also proudly a Mascot who's travel down to Orlando, FL for the Mascot Games. We hope to see him again soon!

This is another win for Mascot Games as this is yet another mascot taking home an award that attends the games. Below we've attached a video of the team 76ers honoring Franklin with all the fantastic work he's done for the squad! As well as some awesome photos from Franklin's official Twitter account showing casing him with the award.