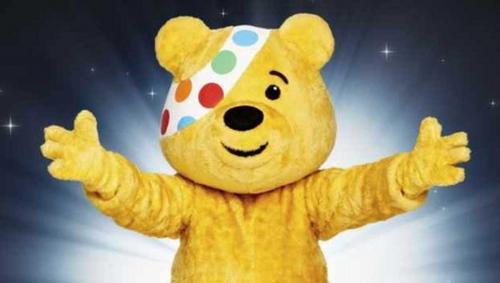 A trip to Trinity shopping centre in Leeds turned from fun to shocking for a girl and her mother after they encountered a mascot from a children's charity. The person dressed as Pudsey Bear, the mascot character for the BBC's Children in Need, was photographed alongside a seven-year-old girl by her mother. After sharing the photo with her sister, she realized that the mascot's costume appeared to have an appendage resembling male genitalia between its legs.

The woman said she was horrified when she noticed the oddity on the costume. She said it wasn't clear if the person in the suit was genuinely collecting money for charity or if they were a paedophile using it as an excuse to approach children. The BBC released a statement saying they are investigating the incident to ensure it does not happen again. The woman later searched the shopping centre but could not locate the person dressed as Pudsey. It is unclear how many other children encountered the person dressed in the costume.

She contacted the BBC and was told that the fund-raiser was not officially sanctioned. BBC officials said that Pudsey suits are issued with certain guidelines for how they are to be worn and used. Official suits are sometimes distributed for fund-raising events. They confirmed that the costumes are not designed to include the appendage on the suit seen by the mother. The statement raised the possibility that the suit was an official version which had been altered or a homemade costume.

Children in Need distributes grant money to projects across the UK which aid youths facing poverty, neglect, or disabilities. It relies heavily on donations and Pudsey the Bear is a popular character who serves as a face for the organization. Over 2,400 youth programmes receive support from Children in Need.

Welcome to the Mascot Insider Community, a website dedicated to covering all things about Mascots. We continue to offer fans the #1 coverage of the Mascot Games in Orlando, FL, and attend other significant events, so fans get insider access to why mascots are awesome! Join the FREE community today.

© Copyright 2010-2020 Mascot.Blog apart of the Mascot Insider Family | We are not affiliated with MLB, NBA, NHL, NCAA or NFL or Other sports leagues.